As a court of first instance, the Basic Court of Prishtinë and four of its branches deal will all kinds of cases. These cases are handled by specialized departments that operate within each basic court. IMPORTANT INFORMATION: Court branches in Gllogovc, Graçanicë, Podujevë dhe Lipjan deal only with cases under the competence of the General Department. Cases that fall under the other two selected departments are resolved in Basic Court in Prishtinë.

Basic Court in Prishtinë is the main headquarter of the Judicial Region of Prishtinë which covers the municipalities of: 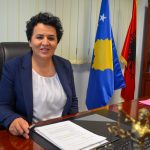